Proof the NHS is Lying – This is Genocide and the Jabs Must Stop Now!

Dr Vernon Coleman’s track record of spotting health dangers is second to none. Since the 1970s, when his first two ground breaking books (The Medicine Men and Paper Doctors) were published, Dr Coleman has been gaining friends among patients and enemies among doctors and drug companies.

In The Medicine Men (1975), Vernon Coleman drew attention to the dangerously close relationship between the medical establishment and the pharmaceutical industry. In Paper Doctors (1977) he argued that most medical research is done for the benefit of researchers (and drug companies) and that the money would be better spent on using the information we already have and encouraging the public to avoid known health hazards.

Vernon Coleman, a Sunday Times bestselling author, is one of the few medically qualified authors writing on medical matters without bias and without any professional or commercial commitments or allegiances. His honesty has made him many enemies among the medical establishment and the establishment’s commercial alliances. His predictions, forecasts and warnings have often been made years (and, in many cases, decades) before anyone else has unearthed and understood the evidence or had the courage to speak out. In addition, in many of his medical books and thousands of newspaper and magazine articles he has drawn attention to the dangers of using specific over the counter and prescription drugs. 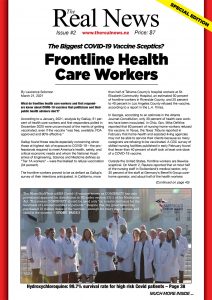